Firebase Crashlytics is one of the most popular tools for detecting and potentially fixing app crashes. However, Crashlytics (like other traditional crash reporting tools) has a huge limitation: Itcan only show you where something went wrong in your code, but not the exact circumstances in which bugs and crashes occurred.

Due to this lack of context, dev and QA teams often have two options when debugging:

When neither option yields a result, bugs typically go into the non-reproducible pile and plague your app’s users for a long time.

In short, Crashlytics’ limitations make it difficult or sometimes impossible to easily find and fix the root cause of certain issues.

In this article, we’ll show you how Smartlook overcomes these problems by combining crash reporting with mobile app session recordings. Specifically, you’ll learn how to see the exact situations in which bugs and crashes happened, so you can avoid relying on users’ explanations, or trial and error, to reproduce crashes.

Then, we’ll also compare five other Crashlytics alternatives you may want to consider. Here are all the tools we’ll cover below:

Smartlook is the only combined product analytics and visual user insights platform that won’t take your team forever to set up. Smartlook’s main focus is on helping you understand and improve the user experience on your site or mobile app through a mix of quantitative and qualitative analytics features.

However, besides these analytics capabilities, Smartlook also has Crash Reports for Android mobile apps (which will also be available for iOS apps and web projects in the future). In fact, combining crash reporting with one of our key qualitative analytics features — session recordings — helps you get all the visual and contextual info needed to quickly debug crashes.

When you open Smartlook’s Crash Reports, you get a list of all crashes, grouped together by the first three lines of the stack trace. You can also see information about the version (or versions) of your app where a crash occurred, as well as the number of users that experienced it.

When you click on a specific crash fragment, you’ll be taken to a new screen. There, you can analyze the entire stack trace and see the number of sessions this crash happened in, as well as details like the user’s platform, device, date, and country.

Now, traditional crash reporting tools can provide you with this same information. In some cases, they also throw in a bit more data about users’ devices (memory, CPU, etc.) and a text-based representation of user sessions.

From here, it’s up to your QA and dev teams to diagnose and fix the problem, without actually seeing how it occurred. As we said, this can be incredibly challenging and often unsuccessful, especially for large products with complicated codebases.

With Smartlook, you can click on the “Play session” button above the stack trace and watch all session recordings where this crash happened.

Session recordings show you users’ real-time experience in your app, from the moment they open it to the moment they close it. This means you can see every interaction inside every user session leading up to a crash.

For example, the screenshot above shows a mobile game session recording. As you can see, this isn’t a text-based representation of a session or a list of events, which some crash and bug reporting tools provide. You see everything exactly as your users saw it.

Having access to both the stack trace and relevant session recordings has three vital benefits:

Crashes (and bugs in general) are often reported by users who are already annoyed by them. And if your team doesn’t have access to session recordings, they have to ask users for explanations about what they were doing when the app crashed.

Oftentimes, users can’t remember exactly what they did. Or worse, they get more annoyed from having to answer questions that they stop using the app altogether.

To avoid this issue, Smartlook has an Identify API, which you can set up if your app collects some user identification details like username or email. When the API is set up, the identifier will show up in users’ session recordings (as you can see in the lower left-hand corner.)

So, when you’ve set up the Identify APIand a user reports a crash, you can look up their session recordings instantly by their identity. As a result:

And even without identification, you can still locate the relevant session recordings from a specific date and filter them by operating system and device type. You only have to ask users about their device and the date when the crash occurred.

In general, session recording tools are underutilized by dev, QA, and product teams as a way of tracking the behavior of mobile app users.

Two potential concerns that may prevent some teams from using session recordings:

We take these concerns seriously, which is why we created our wireframe rendering modes for Smartlook. These rendering modes (along with a few other features) allow you to automatically capture users’ sessions, without affecting their experience or compromising their personal data.

When one of these rendering modes is turned on, Smartlook draws a representation of the content on a screen, instead of the UI as the user sees it.

You still see all user interactions, only the UI elements are replaced by an abstract representation.

Recording in a wireframe mode is much less taxing on users’ devices compared to capturing the screen as they see it. It’s also great for protecting personal data automatically, as inputs like emails and passwords are never captured. This is a much easier way to protect personal data compared to blacklisting specific elements (which you can also do with Smartlook.)

To learn more about the mechanisms we use to protect users’ information, check out our detailed documentation on handling sensitive data.

While the wireframe rendering modes are useful for many teams, they’re not ideal for every app. For example, they likely wouldn’t work for a first-person mobile game.

But for many other apps, session recordings in wireframe mode can be incredibly useful, even though the UI doesn’t look exactly as the user saw it. You can still find the reason for the crash, as you see all user interactions in the order they took place (along with the stack trace and details about users’ devices.)

As we said, Smartlook isn’t just a crash reporting and session recording tool. It’s a combined product analytics and visual user insights platform that helps you see what your users are doing and uncover why they’re doing it.

Here are a few of our other features (outside of crash reporting and session recordings), which can help you improve the experience on your site or app:

Lastly, if you want to see how Smartlook compares to other mobile analytics tools like Mixpanel, Firebase (Google Analytics), and Adobe Analytics, check out our article on the 11 best mobile app analytics tools.

Start analyzing and improving the experience of your website or mobile app’s users with Smartlook’s full-featured, 10-day trial today — no credit card required. If you need more time to evaluate, use our forever-free plan as long as you need.

Sentry is an application performance monitoring and error tracking tool that helps developers fix frontend and backend issues. It’s compatible with lots of frameworks and languages including JavaScript, Python, React, Angular, and more.

Note: You can integrate Sentry with Smartlook, which lets you see links to visitors recordings in your Sentry issues.

Additionally, Bugsnag can quickly send notifications when something goes wrong, allowing developers and QAs to triage issues right away.

Instabug is an observability and performance monitoring platform. While Instabug is mostly known for its app performance and bug reporting capabilities, it also offers an in-app chat feature, which can be used to ask users for feedback in real-time.

Note: While UXCam records user sessions with crashes and Application Not Responding errors (ANRs), they don’t have different rendering modes to minimize the impact on users’ devices. Reviewers note that this can make it difficult to work with screens that contain private information. And many reviewers note experiencing delays getting their sessions.

Rollbar is an error tracking software that helps developers and QA testers continuously monitor and optimize their code. It has four key features: discover, prioritize, resolve, automate — and is available on several different web and mobile platforms.

Try Smartlook today and see exactly where and how crashes occur

If you want to see how Smartlook works in detail, start a 10-day, full-featured trial — no credit card required.

As we said, our tool’s Crash Reports are available only for Android apps right now but we plan to release them for iOS apps and web projects in the future. Outside of the Crash Reports, Smartlook’s main analytics features — session recordings, events, funnels, heatmaps, retention tables, and more — are available for both mobile applications and websites.

Overall, Smartlook has SDKs for 10 native mobile app platforms, frameworks, and engines — including iOS, Android, React Native, and Flutter. We have detailed documentation to guide you through the implementation, but if you need any assistance, our Support team is ready and waiting.

Smartlook can be used on all kinds of websites, including ones built with popular CMSs like WordPress, Joomla, and Shopify. Implementing Smartlook on your site is as easy as pasting a code snippet directly or via Google Tag Manager.

For an in-depth Smartlook presentation that’s tailored to your business, schedule a demo with our team. 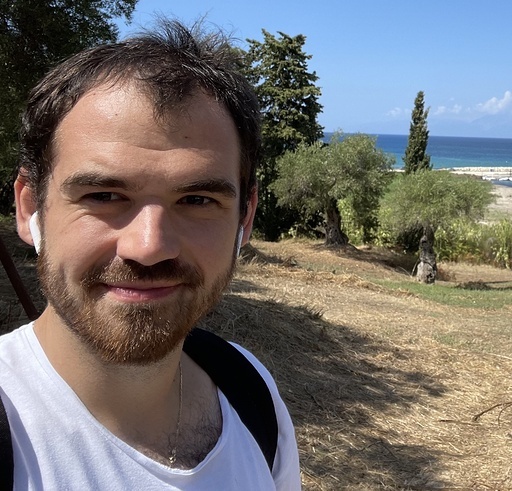 is an Android SDK developer at Smartlook. Ondrej has 6 years of experience working on mobile applications and more than two years of SDK development experience. In his free time, he enjoys long hikes and camping with his friends. 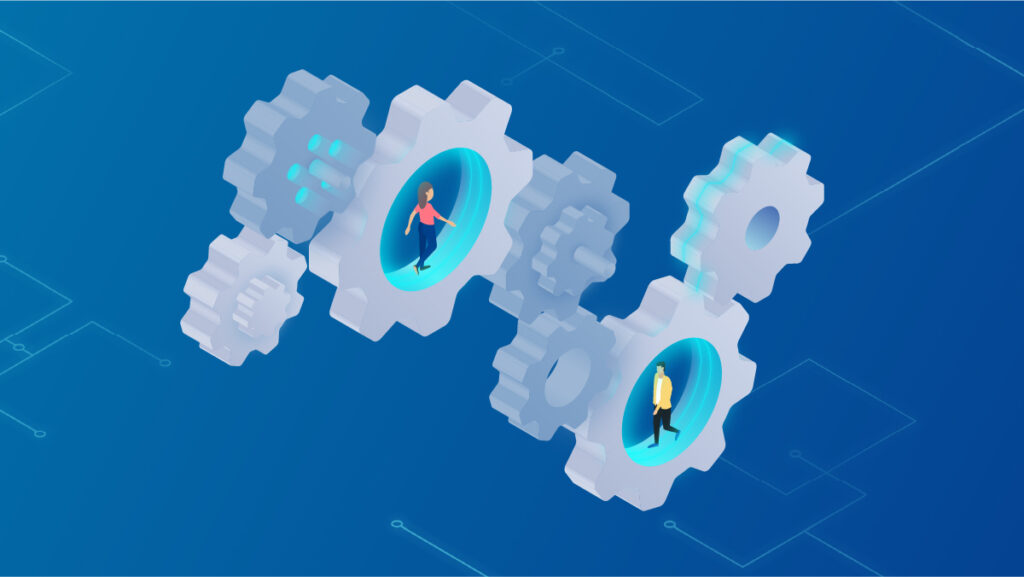 How to improve your technical IT support team [updated] 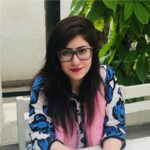 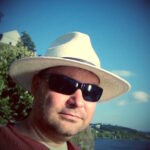